Last week, was our school's Book Week.  I had a number of things planned, I talked about them here.  The big event for the week was our Picture Book World Cup.  The idea of a Picture Book World Cup is that classes read two books and vote for one of them to advance to the next round.  Here are some of our Library Llamas Book Club describing how it works:

I picked up the idea from author Jonathan Emmett, and ran our tournament as suggested in his article.  The only difference was that we have a large school - 34 classes (including two satellite classes).  To make it manageable, I split the school into three different World Cups - one each for our Year 0-2 classes, our Year 3-4 classes and our Year 5-6 classes.  I had a number of new picture books (new to our library) and decided to use those so everyone, students and teachers, would discover some new books.  Here are the books I used: 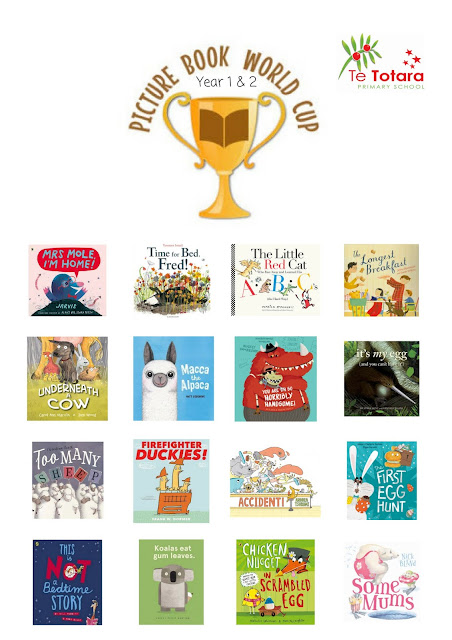 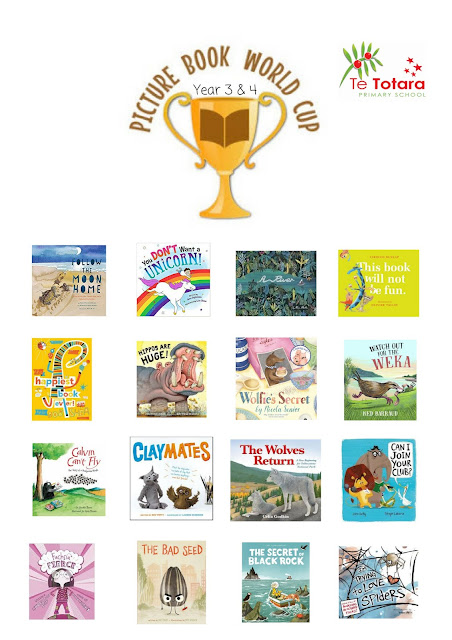 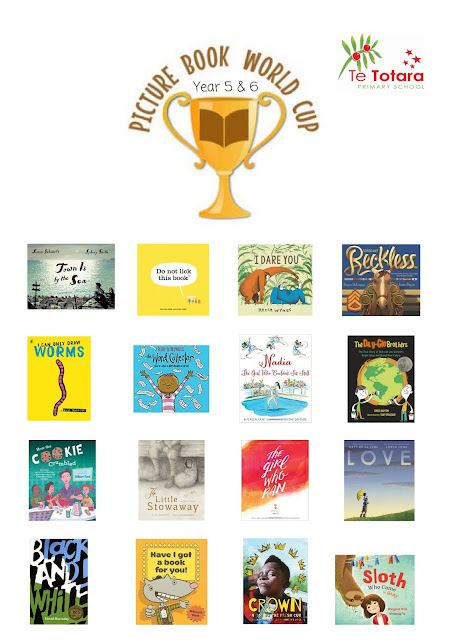 If I had to choose again, I would try to include more books by New Zealand authors.  We have plenty in our library, we just didn't have many new ones I could use.


I didn't have themes like Jonathan Emmett did, I think using new books made that too hard.  Like Jonathan, I tried to include non-fiction picture books where I could (and the winner of the Year 5 & 6 Picture Book World Cup was a non-fiction book).

Here are the instructions I gave our teachers.  I had to remind teachers that I wanted the votes for each book, not just the overall winner, and there was a bit of confusion around them having to vote twice on the Tuesday.  I also had to be careful to track down relieving teachers and explain what they needed to do, and to intercept students who returned books to the library and not my office!  I was lucky that I had backing from senior management, with the understanding that participating in the Picture Book World Cup could be counted as part of the literacy programme for the week.  Overall, the week went really smoothly.  It was as successful as I'd hoped it would be, culminating in team assemblies which had kids cheering loudly as the two top books battled it out and the final winner was announced.

In order to make it as exciting as possible, I made up some slides and shared them with our team leaders so they could use them at their assemblies.  I also included some of the tweets from authors and illustrators I had received during the week:

Here are the overall winners: 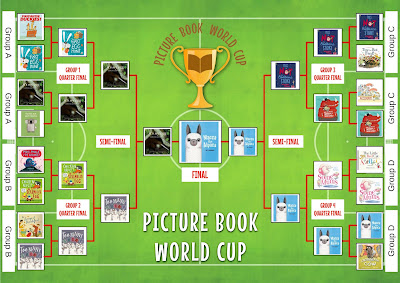 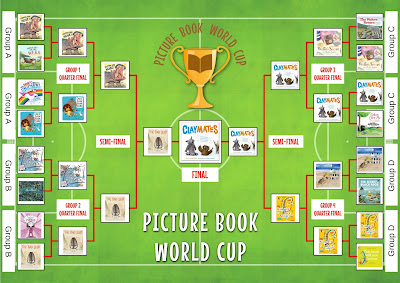 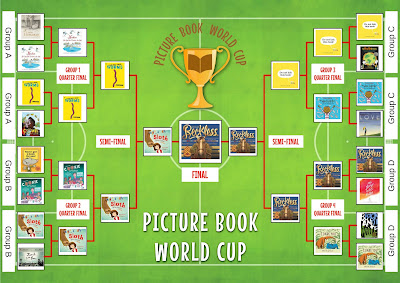 I have had great feedback from students, parents and teachers about how popular the Picture Book World Cup was.  It was a really fun event to run and I'd highly recommend it!

Update  Here is what one of the classes thought about the books in their Picture Book World Cup:

This work is licensed under a Creative Commons Attribution-NonCommercial 4.0 International License.